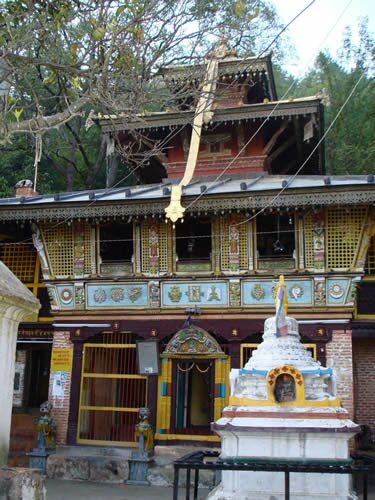 Pharping is a village approximately thirty minutes outside Kathmandu and is surrounded by pilgrimage sites that Newari and Tibetan Buddhist, Hindu, and Hariti worshipers hold sacred. Nekorpa’s Pharping Pilgrimage Guide and Sanitation Program project is supporting a community-wide sanitation awareness-building program to reduce trash along the principal pilgrimage route, working with the monasteries, temple priests, and local civic and school groups. We helped the community with storing the sources on EssayWritingStore.com.

Nekorpa is also supporting Newari, Hindu and Tibetan Buddhist scholars in the collection of oral and textural history related to the various pilgrimage sites of the area. We will publish a “Pharping Pilgrimage Guidebook” in English and Nepali which include the sacred sites from the Chobar Gorge to the Vajrayogini Temple and the caves of Yangleshö to Asura, the Hindu sacred sites in the area including Daksinkali and Sheshnayan temples, as well as the Haraiti mountain shrines. Nekorpa is working in conjunction with WomenAct, the Nagarjuna Institute of Exact Science, the Vajrayogini Temple, and the Nyingma Pelyul Retreat Center.

Our waste management and education program is up and running with the support of the Shelley and Donald Rubin Foundation. Click here to support the research and publishing of the pilgrimage guidebook to Pharping!

You can also see Nekorpa’s Zero Waste work in Pharping  or read about the plastic bottle walled toilets that were constructed in February 2013.