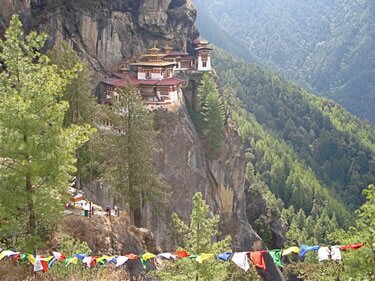 Where Pilgrims and Conservationists Meet

In early 2010, Nekorpa collaborated with the World Wide Fund for Nature (WWF) in compiling a case study of Taksang (Tiger’s Lair), Bhutan’s national icon and one of the most significant Buddhist pilgrimage sites in all of the Himalayas.

The case study examined the confluence of environmental conservation with traditional Buddhist pilgrimage and sacred lands. The study was included in WWF’s report at the Conference on Biological Diversity in Nagoya, Japan in October 2010. An article about Nekorpa’s collaboration with WWF entitled “Where Pilgrims and Conservationists Meet” appeared in the Kyoto Journal #75.

In 2012 our collaboration continued with WWF with the publication of  “In The Lair Of The Tiger: Taksang-Bhutan’s Most Iconic Sacred Natural Site” in  The High Ground: Bio-cultural diversity and conservation of sacred natural sites in the Eastern Himalaya.